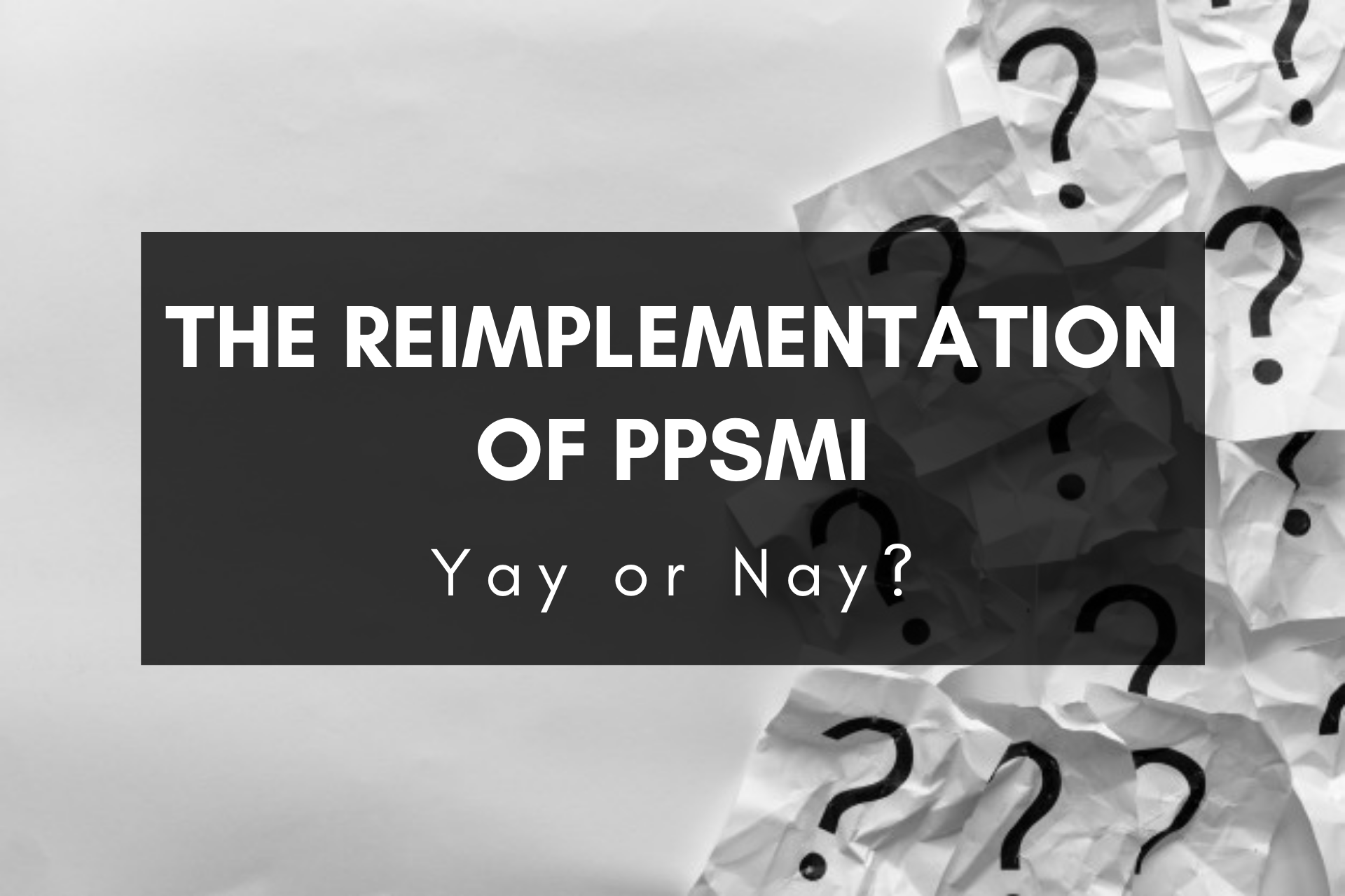 Here we go again, are we going back to learning and teaching Science and Mathematics in English in school?

Our Prime Minister, Tun Dr Mahathir Mohamad who is also acting Education Minister announced to reimplement PPSMI to the education system in Malaysia.

Going back to the history, Pengajaran dan Pembelajaran Sains dan Matematik Dalam Bahasa Inggeris (PPSMI) or the Policy of Teaching Science and Mathematics in English was first implemented in 2003 by Tun Dr Mahathir.

Since then, PPSMI became the subject of hot debate, especially among the academics, politicians and the public. This actually led to the policy's abolishment in 2012 by the then Deputy Prime Minister, Tan Sri Muhyiddin Yassin.

The Rakyat Post shared that PPSMI reached its peak in 2003 when the policy was properly implemented to the education system, but later it didn't render to any good outcome as it should do.

PPSMI was introduced with several objectives, which mainly is about the government's concern on the nation's capability to achieve the standard values of a developed country. How does using English as the medium of instruction is linked to becoming a better country? 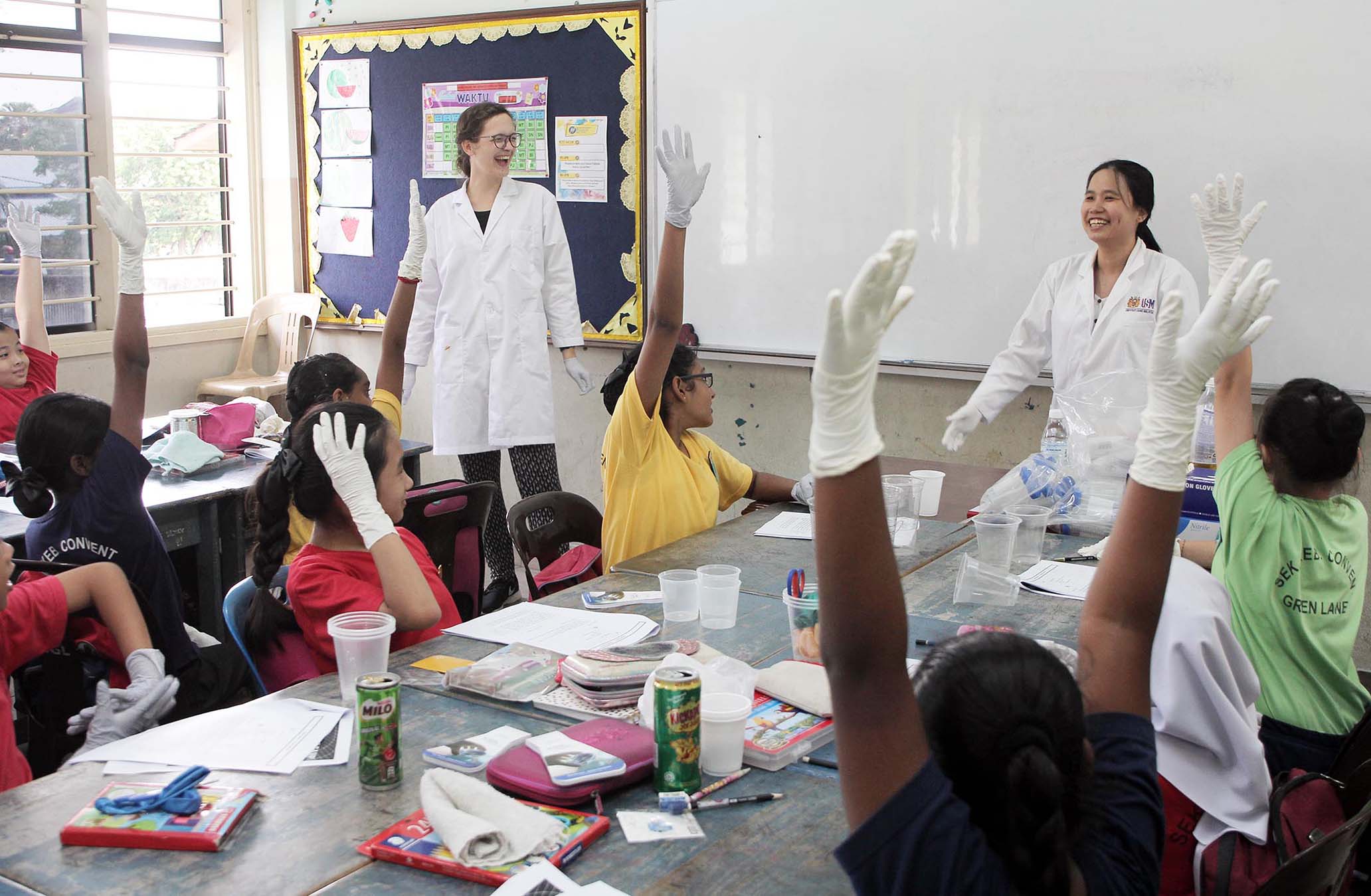 Tun Dr Mahathir affirmed that PPSMI is reintroduced again to encourage the mastery of scientific fields among students in school. In order to be successful in these fields, students must have a good command of English language.

The global aspects of education and career related to mathematics and science are all best progressed and developed through the use of English language. These two fields often gain easy access only in English language, for example, when pursuing studies abroad. English language is spoken internationally and this gives an open door to students to gain comprehensive knowledge.

He also added that scientists in Western countries constantly seek effective solutions to issues through proper research and the findings are shared only in English. Although the government has yet to make any decision on the reimplementation of PPSMI in schools, the public already voiced out so much about going against it.

What do netizens think about PPSMI, yay or nay?

Why not stick to the current Dual Language Program (DLP)? Give schools, parents and students the option to learn Math and Science in English or not. Mandatory #PPSMI only works well if ALL students have decent English to begin with. https://t.co/HKtOucI33T

Currently, the education system in Malaysia practises DLP whereby it is optional for not only schools but also parents and students the choice to learn STEM subjects in English. Doesn’t this sound fair enough?

This opens up the option for school to decide and see whether English language or Bahasa Malaysia fits better to be the medium of instruction.

2. It’s hard for the teachers

I teach math and addmath. It is hard enough for them to understand it in their native language. Back then when i was in school and ppsmi was implemented, even teachers were struggling. https://t.co/nil47bHJvQ

Teachers will find it even harder, but they have no choice but to comply with the decision made by the government. Although there are Maths and Science teachers who have more than 10 years of teaching experience actually support PPSMI, the government also needs to consider ohter teachers who do not agree with this idea.

All educators must be equipped with proper training, especially those who are not used to teaching in English language. If students find it hard to understand what is being taught in English, the teachers will face it harder to teach.

3. PPSMI is not for everyone

A qn I always ask: If a teacher is teaching and no one is learning, is the teacher teaching?

Our goal as a teacher is to meet our students needs when it comes to learning and reaching their potential.The best approach is the approach that REACHES them.PPSMI is not for everyone. https://t.co/r9so6rbVLT

Some of us who attended high school during the time when PPSMI was implemented, we might have benefited a lot from it. But in order to make teaching happen, there must be two-way effective communication. Teachers only have one goal in their career which is to fulfil what the students need.

You love english and reading? means that you have access on english book, or maybe english chanel/showl on TV? And maybe your family/friends speak english?
Those in rural/outskirt area don't even have access nor able to buy those things, no english speaking environment at all. https://t.co/A5bB72bipI

What happened to the previous products of PPSMI?

I'm a product of PPSMI ( from form 1) and currently studying PhD in Japan in engineering. I have no problem with it and I am happy learning math and science in English. But this might be privileged talking 😕 I love it when I can directly understood science in English.

Some products of PPSMI back then who studied Maths and Science in Bahasa Malaysia during their primary school and then switched to English in their secondary school may have different opinions and views on this.

We can agree that being able to fully understand English language is a privilege not everyone can have. Considering the location and environment of the students, not all can have better access and exposure to English language.

ABIM published its study on PPSMI and it revealed that the previous generation of PPSMI who ventured in the field of STEM decreased from 29.35% in 2012 to 23.19% in 2016 and 2017. We can see how alarming the data proves and it doesn’t match with the objective PPSMI plans to achieve.

How do we get students into the STEM courses when they are becoming more and more unwilling and lose interest in studying the field? To make matters worse, after finishing high school, only 40% of this STEM student pursue their studies in science and related fields, including technology and vocational programs.

While PPSMI used to receive good feedback from the public when it was implemented in 2003, why did the government decide to abolish it in 2012? The decision was made after careful deliberation and in-depth studies on the effectiveness of PPSMI.

The research found that only 4% of Maths and Science teachers used 90% or more English in teaching the two subjects. Another study made by Universiti Perguruan Sultan Idris (UPSI) shared that 70% of Form Two students found it hard to learn Maths and Science in English.

The public so far has shown negative responses to this idea. Tun Dr Mahathir expects the final decision on PPSMI to be made next year.