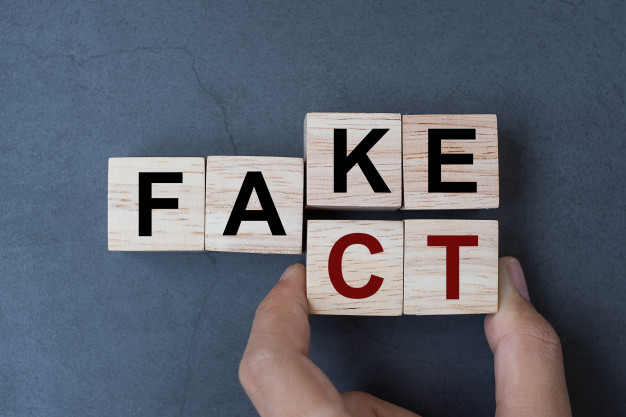 Have we all heard our kepochi aunties telling us we have to get into a good university so that you will graduate with a good degree, otherwise our future will be doomed. Well, let us tell you something, you can actually brush it off because it’s not true.

There are so many education myths in Malaysia that are diverting most students' and even parents’ perceptions. Why does this happen? We think these myths were ‘created’ to push students to try ‘harder’ to achieve the standards set by society.

These ridiculous standards were built to sort of encourage students to do their best and at the same time, they experience the pressure they never wanted to feel.

With the help of our counselling team at Easyuni, here we are compiling a complete list of education myths we’ve probably heard and even experienced in our student life. It’s time to expose them!

1. If you’re terrible in math and science, you’re not smart

Knowledge is beyond than what math and science have to offer. One cannot simply assume acing in these two subjects equals intelligence. There are students who excel in math and science but cannot do well in other subjects like language or history. Everyone has a different level of knowledge absorption. In fact, we all understand the subjects we learn in class differently.

Yes, IQ can be measured. But to generalise excelling in math and science as being smart, it will not help students in any way. So students, if you read this, whatever subject you’re interested in, you’re smart and awesome!

2. Not good in English = lack of intelligence

Set aside the importance of English language, especially in the 21st-century world we live in today. It is no doubt that English language has become an important language requirement, but not everyone is taught well in the language.

As Malaysians, there are many of us who are bilingual or can speak at least two languages. But there is also a percentage of us who can understand English but not fully competent enough in the language. If you scroll over social media, if someone makes a grammatical error in their posts, they will be ridiculed instead of being corrected.

Language is the most difficult knowledge to grasp, especially after we got older. English language is not the king of language, every language stands on the same par. We now use English today as the standard language to exchange communication. Everyone is trying to learn. Some of us might have the privilege to know English better, while some don't.

Not sure if everyone experienced the same, but in school back then, only those from the first class would get invited to talks and camps. Those who sit in last class? They would just stay put and resume their normal routine in school.

Not saying this is common discrimination, but it actually happened. Categorising students according to ‘classes’ is also wrong in so many ways. First, it will discourage other students who are not in the first class. Second, most of the opportunities or advantages are only given to first-class students; unfair treatment we're saying.

Not all parents can afford to send their children to extra classes, motivational talks or camps. There are some students who are not quite well off but still could achieve great success in their academics.

4. Science stream is much better and smarter than the art stream

As we all know that school is divided into two streams which are science and art stream. Science may sound fancier, but so does art. It is unfair to categorise one stream is smarter than the other. Students cannot be forced to enrol in a science stream class when they don’t have any slight interest it in.

Again, no stream is deemed better. So, leave the assumption behind and focus on your interests.

Also read: STEM vs Non-STEM: How Relevant Are Non-STEM Courses in Malaysia?

5. Studying at a private university means you’re stupid but with money

Another misconception is that a private university can be very expensive and doesn't have any quality, which is totally wrong. There are private universities in Malaysia that serve top-notch academic features, and they even managed to get into the latest QS World University Rankings.

6. Study only at public universities, if you cannot get into any of them, no future for you

With the UPU system as the only choice for students to earn a successful enrolment into the public university, it doesn’t happen as easy as it sounds. Malaysian students will have to go through another level of competition by competing with other students all over Malaysia.

Not getting into public universities does not mean you do not have a good future ahead. Every university serves its own unique features and accreditations. Don’t worry if you couldn’t get an offer to get into a public university, there are many other study options available which hold the same level!

7. Be active in curricular activities or else you won’t be able to survive in the career world

While this is somewhat true, however, it is still considered as a misconception. Even if you’re not active in any curricular activities, you can still excel well in the career world. Don’t worry if you didn’t get the chance to participate or be active during your study time. You know yourself better and the skills you possess.

You have a choice on whether to involve in curricular activities or not. Even if you don’t, that does not mean you are going to have a definite failure in your future.

8. Get into a good university so that you will graduate with a good degree

There is no such thing as a bad or good public university and graduating with a good or bad degree. This often leads students and parents think that education can only be earned through universities that are labelled as ‘good’.

Although there are university rankings released every year to determine the university’s position, we cannot presume and consider other universities that are not in the ranking as bad.

9. Study the textbook, do all the exercises and you’re good to go!

Can we all accept this is an actual myth that we have been taught in high school? Textbooks are heavy and pretty comprehensive with topics that are expected to be covered by teachers. Of course, teachers would explain and teach everything to students, but it is important to fully understand whatever that is taught.

Although this myth might not apply to all subjects, the importance of comprehension is really needed for students. It takes a quick effort to just read and memorise everything that is written in the textbook, but it takes extra time for you to understand everything properly.

10. Students who are sitting in the last class don’t have future

Only in Malaysia where students are separated according to the level of classes. It has become an unhealthy competition to fight among students who will be chosen to sit in the top 3 classes. Generalising students who are in the top classes to have a good future will leave other students devastated.

This will cause discouragement to other students who didn’t get into any of the top classes. They will feel less smart than others and no one ever deserves to feel this way!

11. Taking a study loan will make you poor

Being afford to enter a university is a privilege not everyone is able to have. What about those who cannot afford but still want to pursue their studies? They will opt for financial support or taking a study loan. The government offers students a loan called PTPTN, but only students whose background fit the requirements are allowed to take the loan.

Don’t be afraid to take the study loan. If you have the thought that it will make you poor, you are wrong. Being financially assisted to further your studies can help you in the long run. When will you have to pay back? Once you have graduated and pursued a career, you can start paying right away. But here’s the good news, if you did very well in your studies, you will be able to turn the loan into scholarship!

12. MUET is the only test that can be used to measure your English proficiency level

Apparently, according to our counsellors, there are many Malaysian students do not know that there are other English tests available besides MUET such as IELTS, TOEFL and Pearson. In Malaysia, MUET is really popular among students when they want to apply to local universities. However, the certificate cannot be used at university applications abroad.

Explore other English tests that are offered in the country. Depending on your study option, it is important for you to understand which type of English test suits best.

Now that we have served the tea, we feel like there are many other misconceptions that need to be revealed. But what we've listed is too much already. (Unless if you have any, leave your comments below!)

What are your thoughts? Have you experienced any of this? Share with us if you did.